Cut chicken into pieces. Separate the leg into thigh and drumstick. Sprinkle generously with salt and pepper and allow to sit for at least one hour.

Dredge chicken through flour, to which you have added a little salt and pepper.

In a high-sided pan, pour in a puddle of oil that covers the entire surface and rises up a few millimetres. Vegetable oil works, but if you have lard — even better. Brown the chicken on high heat, turning until each piece looks crispy and delicious. Turn heat down to low, pour in 1-2 tablespoons of hot water, and place a lid on the pan so that it's pretty much sealed. The chicken will now steam for 20 minutes. This is essential to cook the thigh and drumsticks, which are less tender in heirloom birds. When you raise the lid off, the meat on the drumstick should have pulled back and you will see a naked stretch of bone. Return the heat to high and crisp the chicken again.

Place it on a plate to rest for at least 10 minutes before serving. Test for seasoning and serve.

Wash and dry lettuce. Using a mandolin, shave one or two very thin slices of onion (you can use a knife if you cut carefully). Chop your choice of herb.

Throw it all in a salad bowl — separate the onion into rings, or cut each slice in half. Sprinkle some salt and pepper, and dress with your choice of cold pressed oil (I generally use extra virgin canola oil or olive oil) and lemon juice or vinegar.
* Heirloom chickens are distinct from modern chickens in two ways. First, prior to World War II, they chickens were raised at least partially outside, where they had access to green feed, or, during colder months, were given table scraps, hay, etc. Grain was part of their diet, but certainly not their entire diet. Second, heirloom chickens took nearly three times longer to grow than modern chickens. A "fryer" is the stage after broiler (very young) but prior to roaster. Sixty years ago, a fryer was around 12 weeks old and weighed around 2.5 to 3 pounds. So a classic frying chicken should come from a slower growing breed of chicken — these are generally pretty rare — and be raised on grass.  If you try this recipe with a standard supermarket chicken, it simply won't work. The meat is too bland. 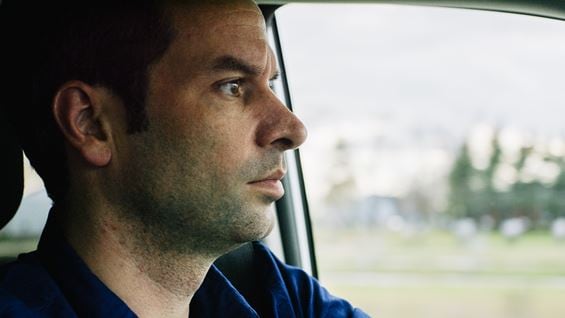 Mark Schatzker is the author of The Dorito Effect, a book covering artificial flavouring and America's health crisis. Some call him the ‘flavour detective' as his mission is to explore the link between taste and nutrition. He is also a radio columnist for the Canadian Broadcasting Corporation and lives in Toronto with his wife and three children.